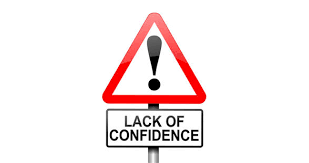 According to the U.S. Census Bureau’s July 24th report, home sales are on the rise along with prices.  The unemployment rate in July saw a slight decrease from 7.6% to 7.4% adding more than 160,000 jobs to the economy.  The market has been on a tear, up nearly 9,000 points from its low.  And what about GDP?  Well the latest numbers published by the Bureau of Economic Analysis suggest a 1.7% increase in the second quarter.  Sounds good right?  So what’s the problem?

The fact is that even with all this positive data these is still an overwhelming sense of discomfort, uncertainty, and general lack of confidence in the world around us.  People are skeptical of government action (or inaction in certain areas), turmoil overseas, the real unemployment rate (includes those under-employed, marginally attached, and those who have simply fallen off the unemployment claims list), and the ongoing list of scandals that seem to plague our society.

But are these issues really creating a lack of confidence?  Consider these facts:

Trying to read the tea leaves continues to be difficult.  With all the fairly positive data floating around you would think there would be more confidence among consumers and businesses.  But the realities facing the market from tight credit, to low hiring, to major shifts from full-time employment to part-time suggest we’ve got a long way to go until confidence makes its return to our great country.